The state-funded Los Angeles Surge Hospital, which has seen relatively few patients since it opened five weeks ago to treat an anticipated overflow of COVID-19 cases, will close by June 30, officials said Wednesday. In addition, emergency medical facilities that had been set up throughout the state will begin reducing […]

The state-funded Los Angeles Surge Hospital, which has seen relatively few patients since it opened five weeks ago to treat an anticipated overflow of COVID-19 cases, will close by June 30, officials said Wednesday.

In addition, emergency medical facilities that had been set up throughout the state will begin reducing operations, according to the California Health and Human Services Agency and Governor’s Office of Emergency Services.

The Los Angeles Surge Hospital, located on the grounds of the shuttered St. Vincent Medical Center near downtown Los Angeles, was set up to handle as many as 270 patients a day. But the hospital has never had more than 25 patients at a time, officials said.

When the coronavirus crisis began and officials feared hospitals would be overrun, the state signed a six-month, $16-million lease with Verity Health System, which owned St. Vincent and had declared bankruptcy.

The state also paid healthcare companies Kaiser Permanente and Dignity Health a monthly management fee of $500,000 each to oversee the hospital.

“At the beginning of this crisis, we didn’t know what the challenges would be,” said Dr. Jamie Taylor, who ran the surge hospital’s intensive care unit. “So creating this hospital was something that had to be done. But now the smart thing to do is to adapt, based on what the community needs.”

Dr. Patrick Soon-Shiong, who owns The Times, purchased St. Vincent for $135 million in a deal that was finalized in early April. His global health firm NantWorks is a creditor in Verity’s bankruptcy proceedings.

The state’s lease was transferred to Soon-Shiong, but he was not involved in the operation of the surge hospital.

The state had initially anticipated needing 50,000 hospital beds for COVID-19 patients. Hospitals began to execute “surge plans” that would add 30,000 beds to their count. The rest would come from medical centers like St. Vincent, as well as field medical stations set up at convention centers and fairgrounds, and the U.S. Navy’s Mercy hospital ship.

As part of the winding down of emergency medical sites throughout the state, the Mercy, which had been docked in San Pedro since March 27, returned to its home port in San Diego on Friday.

The former oil tanker-turned-hospital ship had capacity for treating about 500 patients. In Los Angeles, its mission was to treat patients from local hospitals who had tested negative for COVID-19, though some crew members were taken off the ship after testing positive for the coronavirus, a Navy spokesperson confirmed.

By the time the Mercy sailed home, medical staff had cared for 77 patients for gunshot and stab wounds, injuries sustained in a traffic accident and a surgery to replace a pacemaker. Some Navy medical personnel from the ship will remain in the Los Angeles region to provide support as needed.

In Costa Mesa, the Fairview Developmental Center, which also provided medical support to residents of Orange County, will begin scaling back operations on July 1.

Elsewhere throughout the state, medical stations, set up by the Department of Health and Human Services, will continue to be maintained by local administrators as operations conclude.

At its peak, the Los Angeles Surge Hospital employed nearly 500 personnel, from doctors and nurses to administrators and support staff. Many worked at the hospital while continuing to serve patients in other facilities throughout Southern California.

Soon-Shiong said at the time he purchased St. Vincent Medical Center that he planned to use buildings on the 10-acre campus for COVID-19 research.

Sun Jun 14 , 2020
Medicine, the practice concerned with the maintenance of health and the prevention, alleviation, or cure of disease. laparoscopySurgeons performing a laparoscopy.© s4svisuals/Shutterstock.com The World Health Organization at its 1978 international conference held in the Soviet Union produced the Alma-Ata Health Declaration, which was designed to serve governments as a basis […] 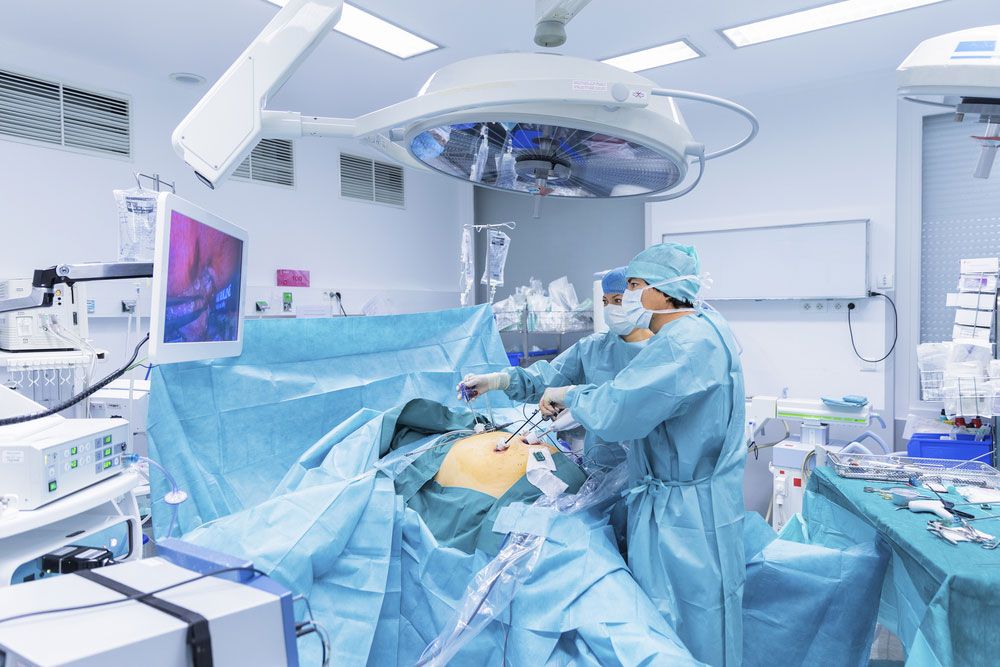